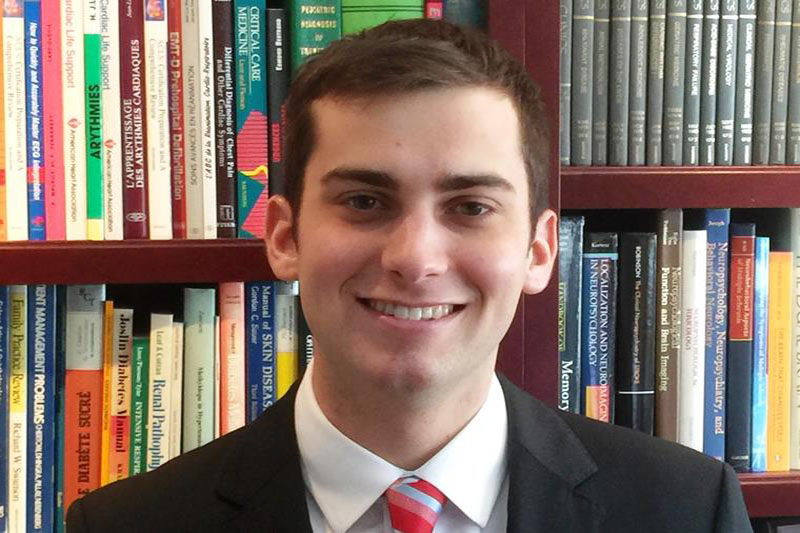 Michael Reaume was born and raised in Ottawa, and graduated from McGill University in 2016.

He developed an interest in medical research after he had the opportunity to work with the Ottawa Stroke Program as a summer student after his first year of university. His main responsibility was to perform a meta-analysis of studies related to the use of dynamic imaging in predicting clinical outcomes following intracerebral hemorrhage.

Michael continued to work with the Ottawa Stroke Program over the following three summers and contributed to a number of different projects through both data collection and data analysis.

He had originally planned on majoring in Biochemistry but, after recognizing the importance of math and statistics in medical research, he switched over to Quantitative Biology which gave him the opportunity to take courses in Biology, Physics, and Math (calculus, linear algebra, differential equations, probability, and statistics).

I was drawn to the MSc Biostatistics program at Queen’s because I knew that the coursework would provide me with a strong foundation in statistics and epidemiology, while the practicum project would give me the opportunity to develop practical research skills.

While at Queen’s, I enjoyed interacting with faculty members and other students from statistics, biostatistics, epidemiology, and public health, by attending proposal and thesis  defenses, departmental talks, and weekly lab-group meetings. These encounters helped me better understand the concepts that I was learning through my coursework.

For his practicum project, Michael worked as a full-time research assistant under the supervision of Dr. Michael McIsaac, a professor and the Biostatistics Program Director. Dr. McIsaac’s research program develops novel statistical methodologies for studies with missing data.

He undertook a methodological statistical project where the main objective was to determine the optimal methodology for performing causal mediation analysis with natural effect models in a complex survey setting with survival data. His practicum-project report was “Natural Direct and Indirect Effects for Survival Outcomes in a Complex Survey Setting”

Michael is now in his first year of medical school at the University of Ottawa. He hopes to be able to use his epidemiological and biostatistical skills throughout his career in medicine by contributing to medical research.