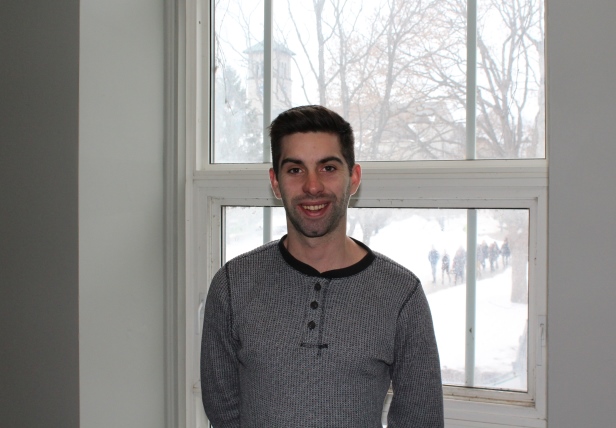 Dylan O’Sullivan is a native of Kingston, Ontario, and completed his undergraduate degree at Dartmouth College (USA), where he majored in sociology and ran for the varsity cross-country and track-and-field teams. Despite majoring in sociology, Dylan took a number of biology and statistics courses which ultimately led to the development of his interest in epidemiology. In particular, a course where he was introduced to epigenetics – modifiable changes in gene function that do not involve changes to the actual DNA sequence – led him to pursue an independent research project in epigenetic epidemiology of cancer.

Epigenetics are of interest to cancer epidemiologists, because unlike a gene mutation, epigenetic alterations are reversible and therefore allow for the modification of future cancer risk or to improve outcomes of patients that already have cancer.

Dylan began working with Dr. Will King in the summer of 2015 on a pan-Canadian collaborative research project aimed at quantifying the number and proportion of incident cancer cases in Canada, now and in the future, that could be prevented through changes in modifiable lifestyle and environmental exposures associated with cancer. His work on this project primarily focuses on quantifying the proportion of skin cancer cases in Canada attributable to ultraviolet radiation (UVR) and UVR risk behaviours, such as indoor tanning, sunburns, and sunbathing.

In addition to this work, Dylan’s thesis also focuses on identifying novel relationships of patterns of sun exposure with non-cutaneous cancers, such as non-Hodgkin’s lymphoma, a cancer originating from immune cells of the blood.

Ultraviolet radiation is a unique exposure because not only does its intensity vary considerably by geography, it can also have both beneficial and detrimental effects in terms of cancer development. On the one hand, it can reduce the risk of non-cutaneous cancers through the production of vitamin D, but then has the potential to increase risk through immune suppression and other mechanisms if exposure is too high. Through my thesis work and support to master’s students, I hope to clarify the relationship of different patterns of exposure to ultraviolet radiation and a number of non-cutaneous cancer sites within a Canadian context.

Beyond his thesis work, Dylan continues to work on molecular epidemiology projects with his two supervisors, Dr. Will King, and Dr. Darren Brenner from the University of Calgary.

My molecular work primarily focuses on examining the impact of modifiable lifestyle factors on genomic and epigenomic biomarkers to further understand how these factors increase cancer risk. In addition, I am also involved in work that is examining molecular alterations in early onset breast and colorectal tumors in an effort to provide etiologic clues to the increasing incidence of these cancers in younger age groups.

After graduation, Dylan hopes to continue to develop as both a cancer and molecular epidemiologist, through a post-doctoral position with the hopes of eventually leading his own research team and obtaining a faculty position in a public-health sciences department.