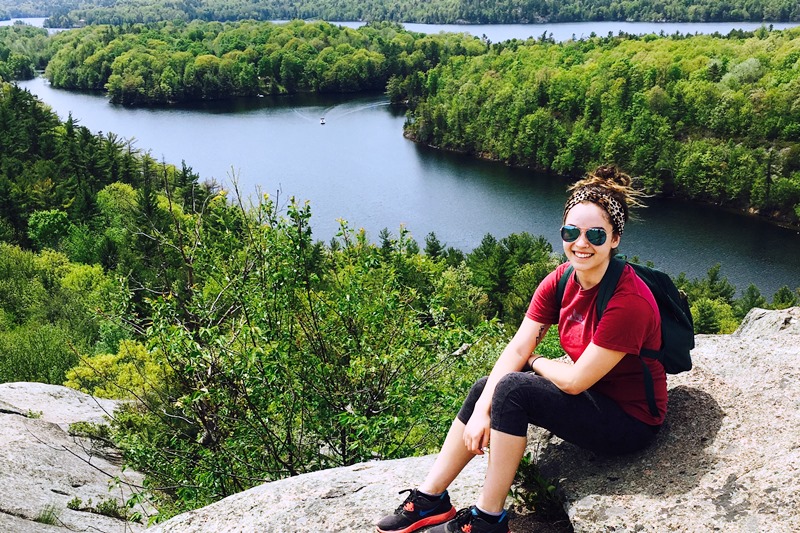 Lauren Paul had always enjoyed math and statistics as far back as high school, when a grade-12 data-management course triggered her interest in data analysis and interpretation.  She originally planned to study a financial application of statistics, with a view to becoming an actuary, so she chose statistics as her major and economics as her minor when she began her undergraduate career here at Queen’s.

By her fourth year, she realized that economics might not be the right path for her, so she chose an epidemiology course in order to try something new. That course sparked a passion for learning about health studies and analyzing health data. As her undergraduate studies were coming to an end, she felt that she had a good base of statistical knowledge, but needed more education to give it focus and a specialization.

After some research, she came across biostatistics which would be the perfect manner in which to combine her statistics knowledge with her enjoyment of epidemiology. She wanted a program that would be flexible in its requirements and take into consideration the fact that she had already completed many statistics courses. The Department of Public Health Sciences had a wide variety of interesting electives and she was able to take electives from other programs as well.

The courses I took did a good job at bridging the gap between learning the statistical methods, and understanding how to apply them in epidemiological research settings.

Lauren’s practicum focused on methods for accounting for gaps in accelerometer data. This work was conducted to help determine how to best conduct analyses from the Active Play Study, an ongoing research project in Dr. Ian Janssen's laboratory. Accelerometers have gained popularity as an objective measurement tool with the ability to provide accurate and detailed measurements of physical activity. However, compliance with accelerometer wear is often imperfect, and removal of accelerometers leads to missing data in the form of gaps in the data collection sequence.

Multiple imputation has been implemented in a wide variety of settings to reduce the bias and loss of power that accompany missing data. However, imputation of missing accelerometer counts faces unique challenges due to the structure of the accelerometer data--high dimensional, multilevel data with excess zeros--and due to the fact that the missing data arise in long, continuous intervals. Lauren found that the imputation models performed well in the estimation of average time spent in moderate-to-vigorous intensity physical activity, but none of the models performed well in the recovery of the actual missing accelerometer counts.

The practicum project was an extremely valuable experience in that I was able to see a research project from analysis, all the way to final manuscript production. An unexpected benefit to the practicum was that I learned to write well academically.

Shortly after graduation, Lauren was hired as a Research Coordinator, in the Department of Environmental and Occupational Health, at Public Health Ontario.